If you are intending on being in Deià on the 16th August 2013 here is some information I have found about getting from Palma airport to Deià. The information is a few years old but I think it will still be relevant this year too.

A bloke called Derek has put this very detailed page of how to get from the airport to Deià that you can find here.

Very basically it is just 2 buses: 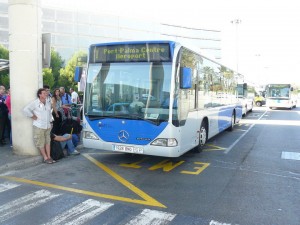 From Plaça d’Espanya you walk around the back of the building to the Intermodal Station (bus/train/underground) and go to (probably) bus stand 7 for your 2nd bus: 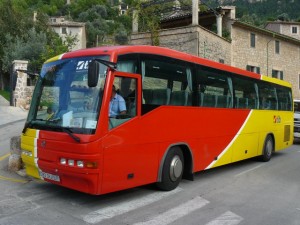 Bus on the Palma to Soller route in Deia

Next post: Some Deià advice from a regular visitor