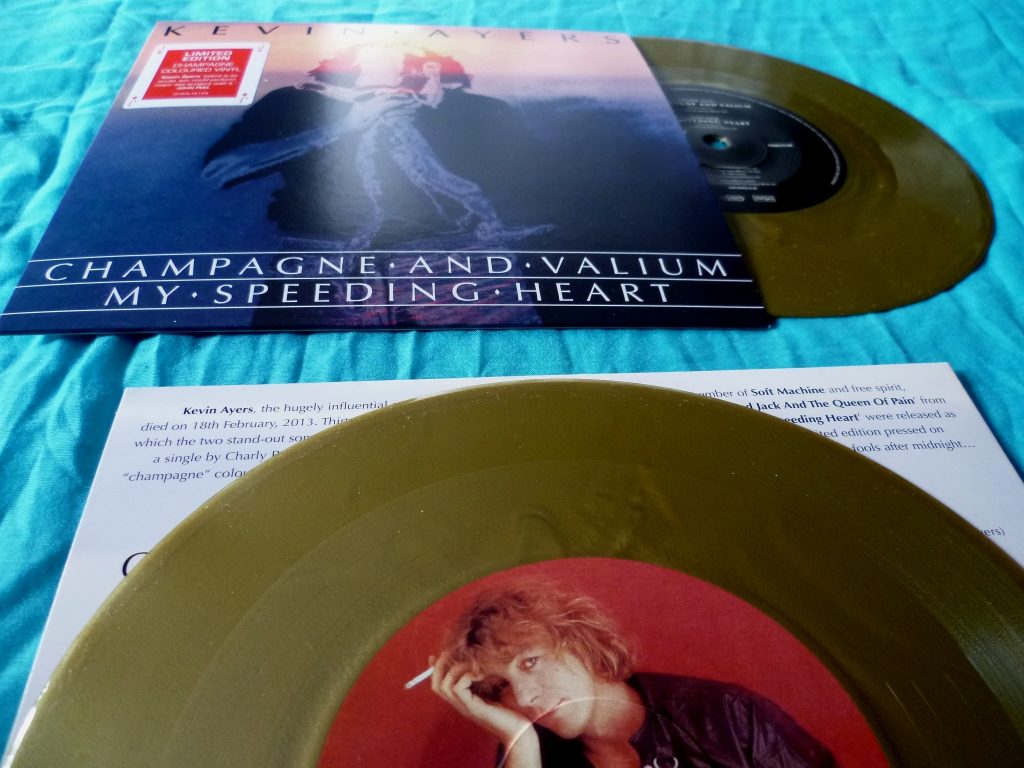 Charly Records and Rob Caiger (Snapper Music) have worked closely with Kevin’s estate to bring about the release of this limited edition single on champagne coloured vinyl, ahead of the re-release of ‘Diamond Jack And The Queen Of Pain‘ later this year. The entire album has been enhanced through “pure analogue mastering” by Matt Colton at Alchemy Studios.

These versions of ‘Champagne and Valium’ and ‘My Speeding Heart’ (both credited to Kevin Ayers) were originally recorded in Madrid in 1983 with Spanish record producer Julian Ruiz.

‘Champagne and Valium’ is a stripped down version of Kevin’s drôle “Dirty Blues” favourite. Showcasing Kevin’s deep, warm baritone voice, the only accompaniment is a mournful slide guitar and plenty of reverb. Surely it’s the perfect hangover song? 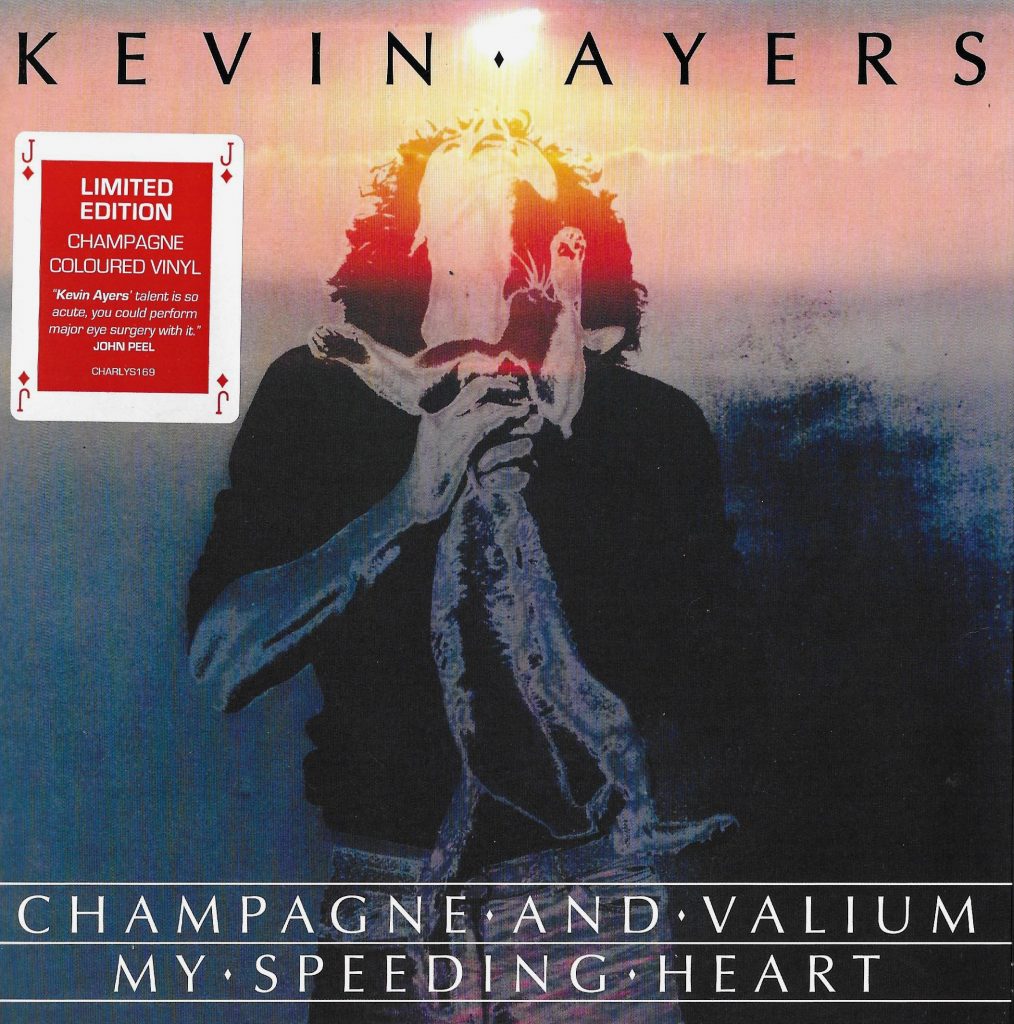 Lord won’t you tell me

What kind of breakfast this is…

God said ‘Cool it boy, you sure got a nerve

You already had much more than you deserve 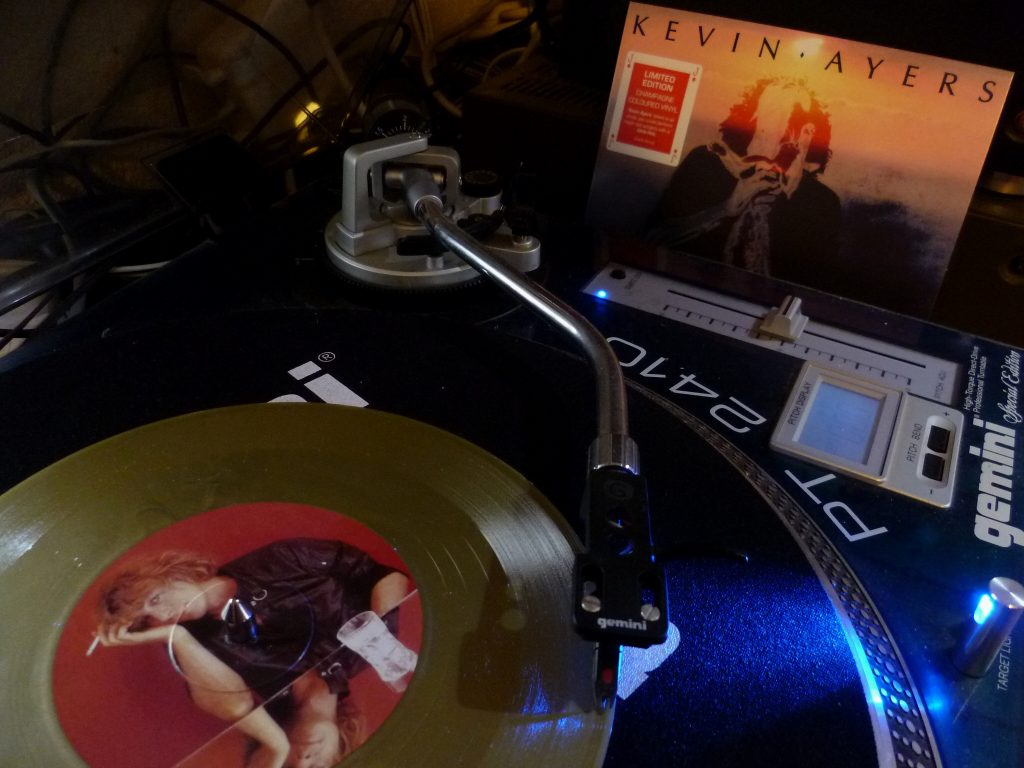 “Take it out for a spin… see how it sounds!”

By way of contrast ‘My Speeding Heart’ is a complete outing in early 80s electronica. We heard a rumour (unconfirmed of course) that Julian Ruiz was keen to demonstrate the versatility of his studio back in 1983. With Kevin’s standing as an international musician he may have been hoping for a “hit record”. Who knows? ‘My Speeding Heart’ is a very uptempo, somewhat dance-floor friendly number, with synths, electronic drumkit, horns, additional female vocals, bells, whistles… It’s fun but there are dark undercurrents in the lyrics, a classic Ayers trick!

Here at KevinAyers.org we have followed the ‘Diamond Jack’ project since June 2014, when Rob Caiger got in touch to ask for fans’ memories of and tributes to Kevin. It was always the intention of Charly Records and all those involved in the re-mastering and re-issue to produce top quality merchandise, attractively packaged to appeal to enthusiasts and collectors. Most important of all, the sound quality is excellent and the “pristine vinyl experience” is as magical as ever.

We were luck enough to be sent a white label pressing of the single. However, this gets even better…

This single is a rare mis-pressing, the A-side is Howling Man and the B-side is Champagne and Valium. Both tracks appear on Kevin’s 1983 album Diamond Jack and the Queen of Pain. The combination of My Speeding Heart/ Champagne and Valium was the single chosen for public release in 1983.

We think that they have done a great job with this limited edition single but as usual we would like to hear your opinions. Now over to you! 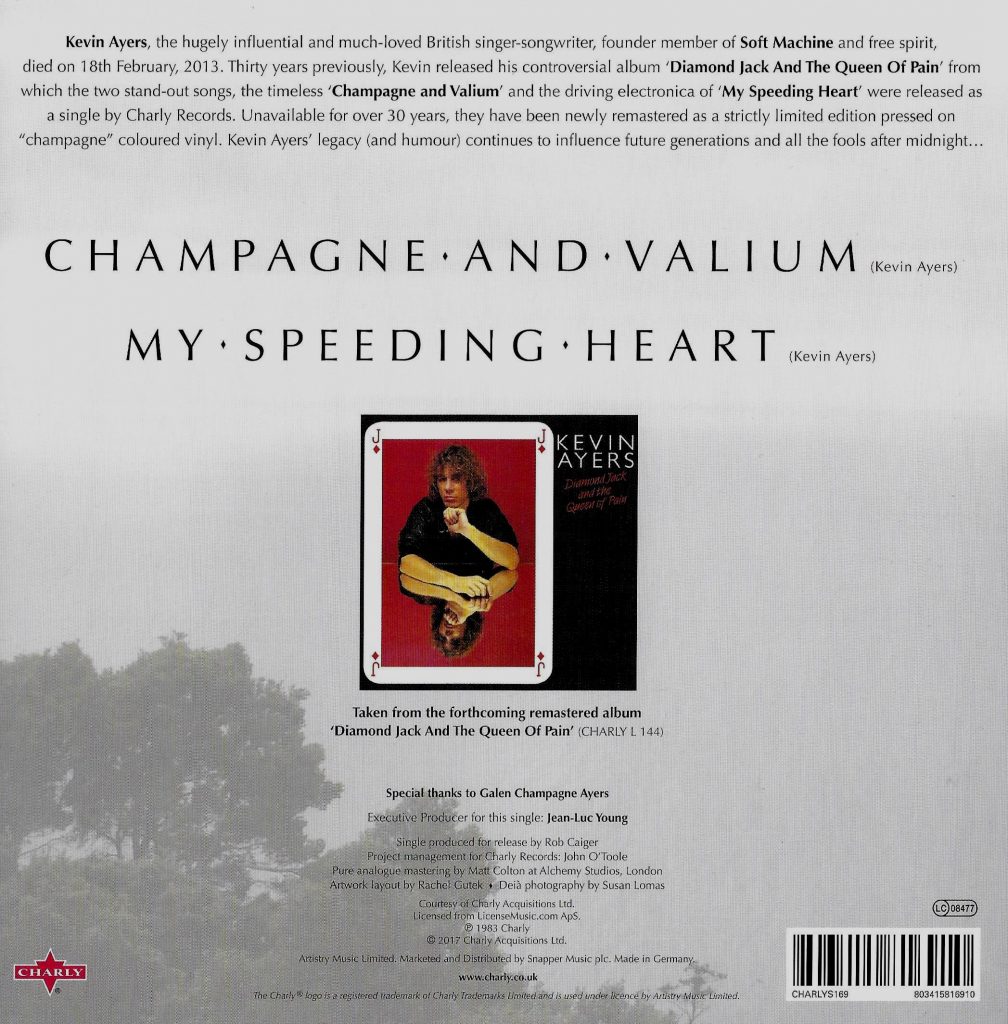