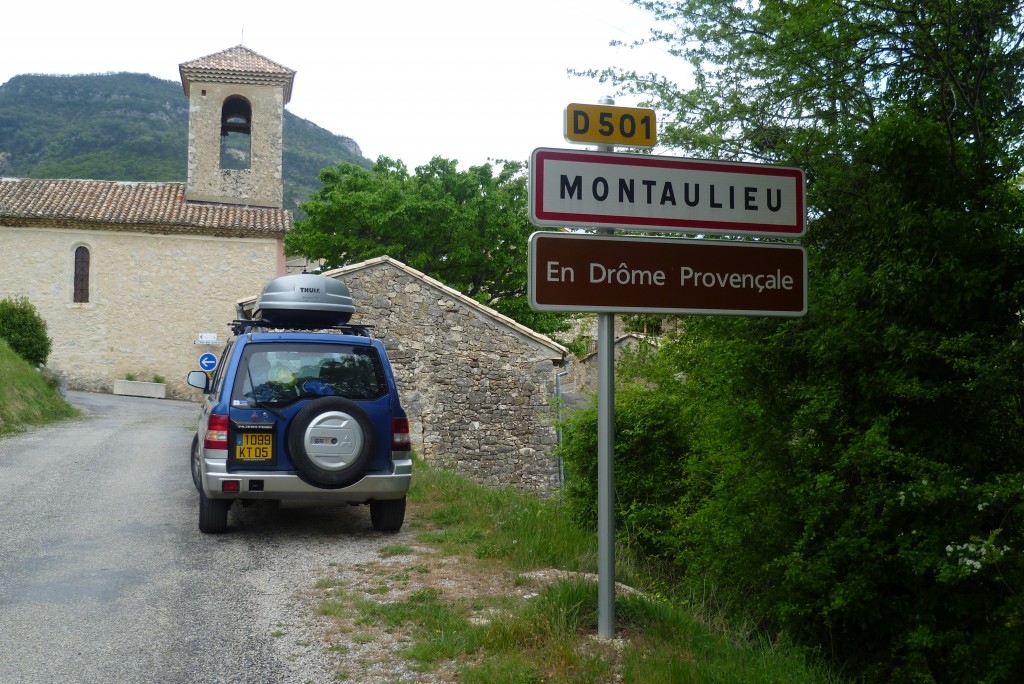 Last week we finally got the chance to visit two French villages which had been home to Kevin Ayers. The first is Montaulieu in the Drôme département, just off the D94 road near Nyons and the second is Montolieu, near Carcassonne, in the Aude departement, much further south in the Languedoc Roussillon region.

We first found out about Kevin’s association with Montaulieu ( the place/settlement on the mountain) from an obituary written by a friend of Kevin’s called Rhéa. Ben Benamou, the Soft Machine’s manager in France in the late 1960s, owned some land and properties in the village. Kevin’s friend Daevid Allen (The Soft Machine, Gong) bought a house from Ben Benamou and then later sold it to Kevin, probably around the mid 1970s. The house was referred to by many people as the “Gong House”.

As we live in Briançon (near the French/Italian border) we thought we’d take the cross country route via Nyons on our way down to the Pyrenees and eventually on to Spain. 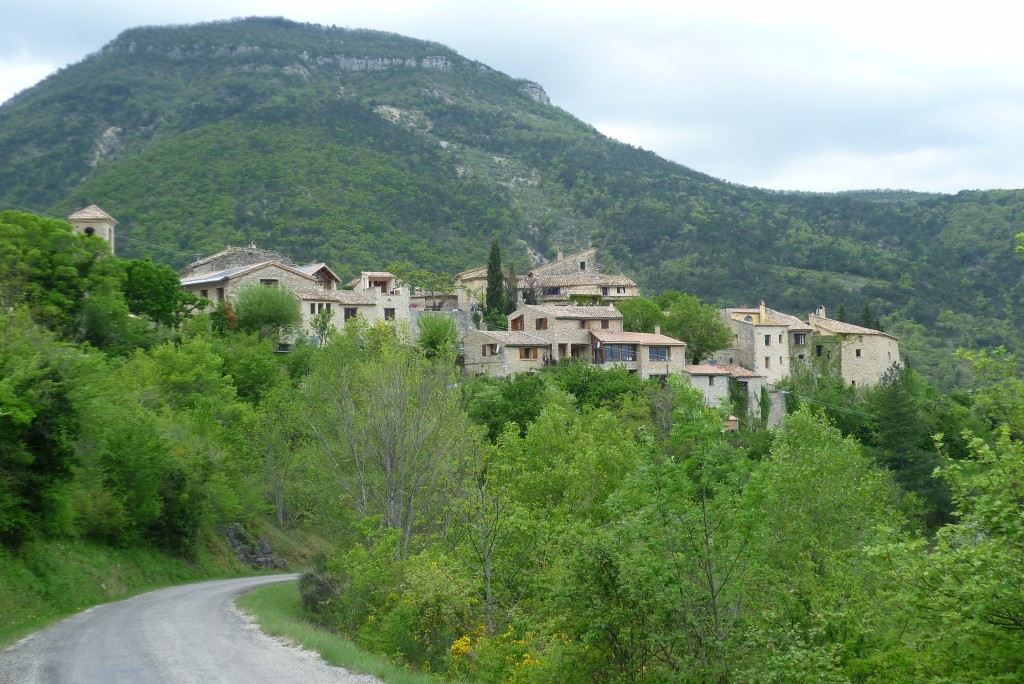 The landscape around Montaulieu is stunning; many shades of green, hilly and mountainous. The D94 road weaves lazily through rocky gorges. It is wine producing country at its very best. ‘Vinsobres’ and various ‘Bouches du Rhône’ vintages hail from near here. We were listening to Kevin’s ‘Bananamour’ album as we drove along and then moved on to ‘Whatevershebringswesing’ as we took the steep winding road through the village of Curnier and continued up the mountainside to Montaulieu. The music seemed to suit the journey very well. I had a warm, excited feeling in the pit of my stomach, like a home-coming feeling.

The centre of the village of Montaulieu consists of a few stone houses built near the church and the mayor’s office. The rest of the dwellings are scattered around the mountainside. It was early afternoon when we arrived. The village square was pretty deserted except for a gentleman of a certain age who was putting some ‘chaux’ or whitewash on one of the buildings. By a splendid coincidence, and after a preliminary conversation in French, this turned out to be a very close friend of Kevin’s, called Nigel. It was an absolute pleasure to meet Nigel who had known Kevin and the other members of The Soft Machine since they were teenagers in Herne Bay and Canterbury. We offered Nigel our condolences for the loss of his friend.

It’s fair to say that Kevin and Nigel had a lot of fun and got into a few scrapes together over the years. As youngsters they used to hitch-hike through France, down to Barcelona and then take the ferry to Mallorca. Montaulieu became one of their stopping off points en route. Later on Kevin lived in the former “Gong House” with his companion, Kristen Tomassi. Their daughter, Galen, was born in a hospital nearby and Nigel told us that Montaulieu was her first home. He acquired the nickname “Uncle Beer” during babysitting sessions! Nigel also told us that the mayor of Montaulieu bought the “Gong House” from Kevin when he decided to sell it in the mid 1980s. I would have loved to take a look at the house itself but apparently it is quite dilapidated and of course it is private property. Simply visiting Montaulieu and having the good fortune to meet a close friend of Kevin’s was more than an ample reward for our efforts. I had suspected something a bit magical might happen that day in Montaulieu!

Next stop: Montolieu; the village of books, sadness, reflection and angels on the ceiling…