How Kevin changed my life! 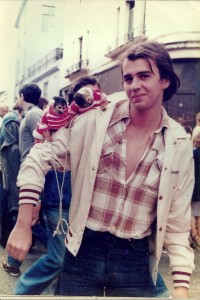 I was at the Rainbow Theatre on June 1st 1974 for that wonderful concert. I was 16, and travelled up from Bexhill-On-Sea where I lived. I remember it had been advertised in Melody Maker and I had sent off for a ticket immediately.

I had actually originally gone to see Eno (my hero from Roxy) and John Cale and Nico (my heroes from the Velvet Underground & Nico album) without knowing very much about Kevin. However, as soon as Kevin came on stage and the opening chords of “May I” started up with that amazing voice of his, I knew I was in for something very special – and that night has stayed with me forever. The beautiful solo by Ollie Halsall and the appearance of a young Mike Oldfield sealed the amazing night. The summer of 1974 was something I would never forget. I had left my Kent boarding school regime (early) and felt freedom for seemingly the first time ever. My special summer kicked off with this concert. 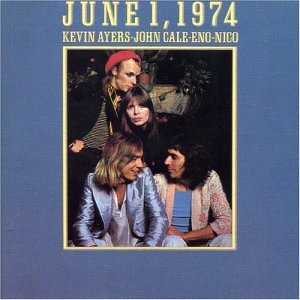 My parents had acquired a beautiful ruin in France to renovate, not too far from the Rhone Valley where Kevin had returned from [Ed: Montaulieu, Drôme] to do the concert , so I sort of identified with his France life and I indeed returned to the South of France shortly after the concert. I also decided that night that my future was in the music business, which it has been. Musically that whole period of the early 70’s was amazing. I did not discover until later that the concert had been released as a live album- my special time recorded for posterity. The sound on the album and the cover are superb and Kevin was elevated to a favourite artist and remains so until this day.

I loved Galen’s eulogy to him at Deia. It is very special indeed. He must have been so proud of Galen and his wonderful daughters and family. Through my life at Universal Music, then EMI records and later Warner, I came into contact with many celebrities, but never Kevin. I really do wish I would have had the good fortune to meet him.