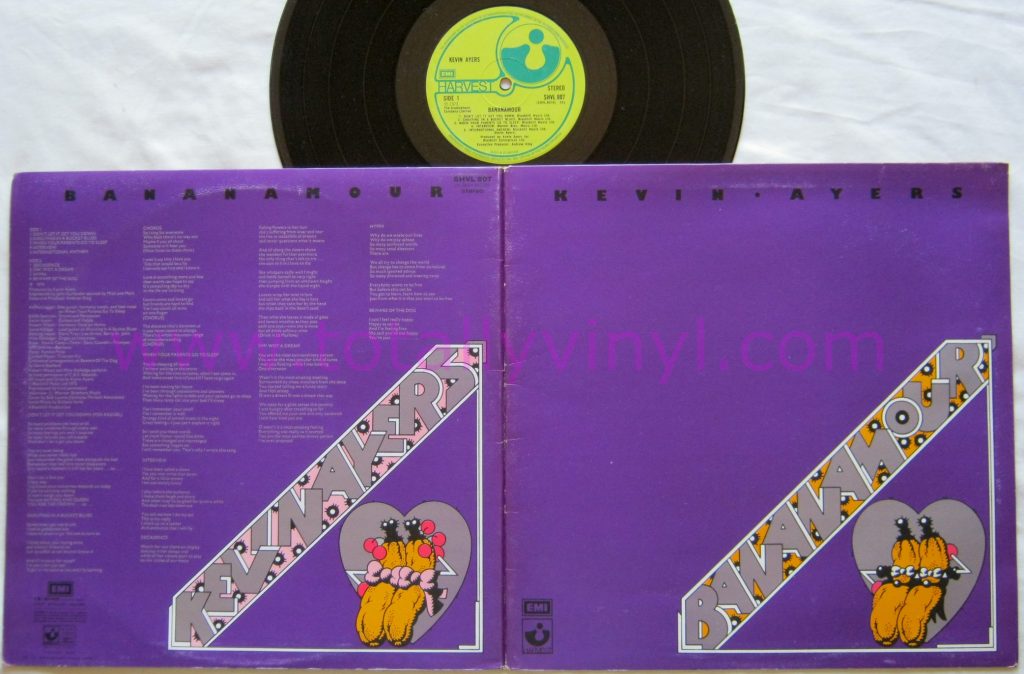 ‘Bananamour’ is the fourth studio album by Kevin Ayers and it features some of his most accessible recordings, including ‘Shouting in a Bucket Blues’ (featuring Steve Hillage on guitar) and his charming tribute to Syd Barrett, ‘Oh! Wot A Dream’. After ‘Whatevershebringswesing’ (1972), Kevin assembled a new band anchored by drummer Eddie Sparrow and Glaswegian bassist Archibald “Archie” Leggett. Archie played with all of “The Greats” during his career, being the bass player of choice for top American R&B artists touring the UK. The inner sleeve features Kevin and Archie, suave in their tuxedos, playing an unusual game of chess in the presence of two elder gentlemen! 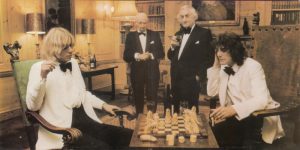 The centrepiece of the album is ‘Decadence’, inspired by Kevin’s fascination with the German chanteuse Nico, who had found fame with Andy Warhol’s ‘Velvet Underground’ during the 1960s. This track is a swirling kaleidoscopic feast of musical sounds and pure poetry:

The album ‘Bananamour’ marked the end of Kevin’s first Harvest Records contract. He moved to Island Records for his next album, ‘The Confessions of Doctor Dream and Other Stories’.

Decadence
Oh! Wot A Dream
Hymn
Beware of the Dog