Diamond Jack and the Queen of Pain – Reissue 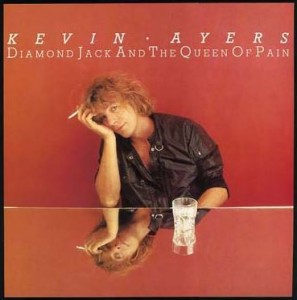 Diamond Jack and the Queen of Pain is to be reissued

Yesterday I spoke to Rob Caiger about the reissue of ‘Diamond Jack and the Queen of Pain’. He is on a short deadline and needs our help. Please read the message that he asked me to circulate.

Hi Rick, I am the reissue producer for the remaster of Kevin Ayers’ 1983 album ‘Diamond Jack and the Queen of Pain’. What we are doing is reissuing this at the best possible quality and if I can, create something where the fans worldwide can obtain the album direct together with a limited edition facsimile copy of the 7-inch single which will be exclusive to them. The best way I feel we can do that is via your excellent website and Facebook page.

The album has been out of print for over 30 years and has never been reissued on CD. As a fan of Kevin’s work, I know this period was a difficult time and information on the recording and songwriting is almost non-existant. But as a fan, I want to make this release the best it can possibly be because quite frankly, Kevin deserves it! He touched and influenced people on many different levels and I feel as a record company, we also have to do something different and more than just reissue the album.

Therefore, what I would like to do is invite fans and friends to contribute to the album, be it in appreciation of Kevin’s talents, his inspiration, or whether they have any memories of Kevin during the period of recording and promotion, any photographs or memorabilia, press reviews – anything! Any memories of Kevin’s long-term collaborator Olli Halsall would also be welcome.

So far we have just completed remastering the CD with Nick Robbins at Soundmastering Ltd. while the 180gm vinyl audiophile album has been cut directly from the original Audiofilm Studios analogue master tape by Matt Colton at Alchemy Studios.

The CD will be issued as a hardback mediabook edition and contributions from the fans will be included with full credit while the LP will have a newly designed inner sleeve featuring the contributions. And I have two weeks to pull it all together so if you could spread the word, I’d appreciate it!