Here we are on the 18th of February 2014. If you love Kevin Ayers and his music, please raise a glass sometime today. This last 12 months seems to have gone very quickly. I had a really strange moment a few weeks ago driving from Briançon in The French Alps to Turin Italy on a very dark night. I normally do the trip on the motorway, but this time I decided to take the normal roads, so off I went listening to Odd Ditties. Somewhere on the SS24 between Chiomonte and Susa, this track ‘Stars’ came on and it got to me, big time. Since then I can’t get it out of my mind and I think that stretch of road, which is very beautiful in the daytime, will now be permanently associated, for me, with ‘Stars’ by Kevin Ayers, forever. I’m happy about that and it was the first Kevin Ayers song I listened to today.

Just recently I had some lovely emails from Ramon Garcia who downloaded the Soft Machine John Peel Special radio show that I have. He said; 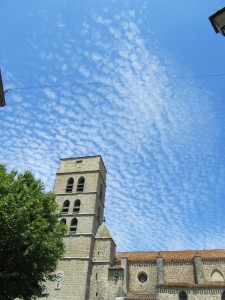 “I enjoyed enormously the link to John Peel Radio show; which I took a long time to listen to:
and finally I have, here in Carcassone, after a pilgrimage to the sites of Kevin Ayres: a pilgrimage I wanted to do, nearing a first anniversary of his passing: Thanks a lot: I enjoyed enormously listening to the show; in this cold night; like a cold shoulder; of Carcassone. I became very fascinated by Kevin Ayers after reading his obituary in Le Monde, and as I was working on a translation not far from Montolieu, Since then I became a great fan of his music, and life choices. Montolieu is very impressive, it is really a song by Kevin transformed into village, eerie indeed: and it was very eerie to imagine him playing his guitar at sunset, on the little wall which stretches from his house (the house where one would imagine Verlaine writing Les Violons de l Automne), and in front of Les jardin aux Anges, the nice bistrot on the other side: Wonderful place indeed”.

I asked Ramon if he had any photos of Montolieu, but unfortunately he had no camera, just a phone with a flat battery! So here is a photo taken by my lovely guitar playing mate Eddie Castellan, who lives at Fa, not far from Montolieu.

Have a great day everyone and remember to raise that glass.

Thank you Ramon for this, I hope you didn’t mind me sharing this with the rest of the World. I promised Ramon I would get something special out today, but it might be later in the week as I am really really pushed for time today. Watch this space it will be worth it.

Cheers everyone and thank you very much.